At the Willow Tree Inn
Make a Reservation
Restaurant
Accommodation 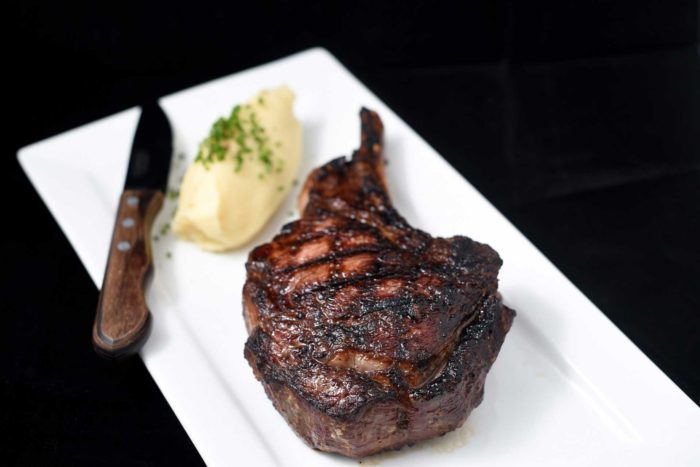 All the beef served at Graze is pasture fed and grain finished, raised on the pastures of Colly Creek at Willow Tree, approximately 2kms from the restaurant.

Only the best steers are selected for our in-house dry-aging room, which is visible from Graze Restaurant. The dry-aging room has a viewing window so customers can see this specialised process.

The Graze menu changes with the season, showcasing only the freshest locally sourced ingredients.

The Graze Bistro is family-friendly and doubles as the perfect setting for weddings, private events, and corporate functions. The large room features an open fireplace and three 100-year-old Ironbark timber beams. Together, they set out to virtually rebuild the Circa 1913 Historic Pub from the floorboards up, while still operating the Front Bar during the building and renovation process. Charles looked after the construction side using all local tradespeople and Cheryl oversaw the interior design and decor. The end result is a unique, family-friendly country pub that has retained its historical heritage, but now includes the Award Winning Graze Restaurant, Graze Function Room, two Bars, and Accommodation, comprising 16 beautiful Boutique Rooms and Suites.

Charles was the Founder of Hanna Match Group at North Richmond NSW in 1967 and as Executive Chairman, expanded the business into printing and cardboard packaging. The business then became known as Hannapak and their son Sam joined the company in 1996 as Sales Director and then Managing Director. After 50 years of continual growth, the Hannapak business, excluding the North Richmond Factory Site and Park, was sold to WestRock USA in 2017. At that time Hannapak had become the largest privately owned folding carton manufacturer in Australia, employing in excess of 240 full-time staff at their North Richmond Head Office and factory.

Today, Charles and Cheryl spend most of their time between ‘Colly Creek’ at Willow Tree and their Apartment at The Wharf, Woolloomooloo, but they also enjoy travelling overseas, looking for concepts and design ideas for the Willow Tree Inn 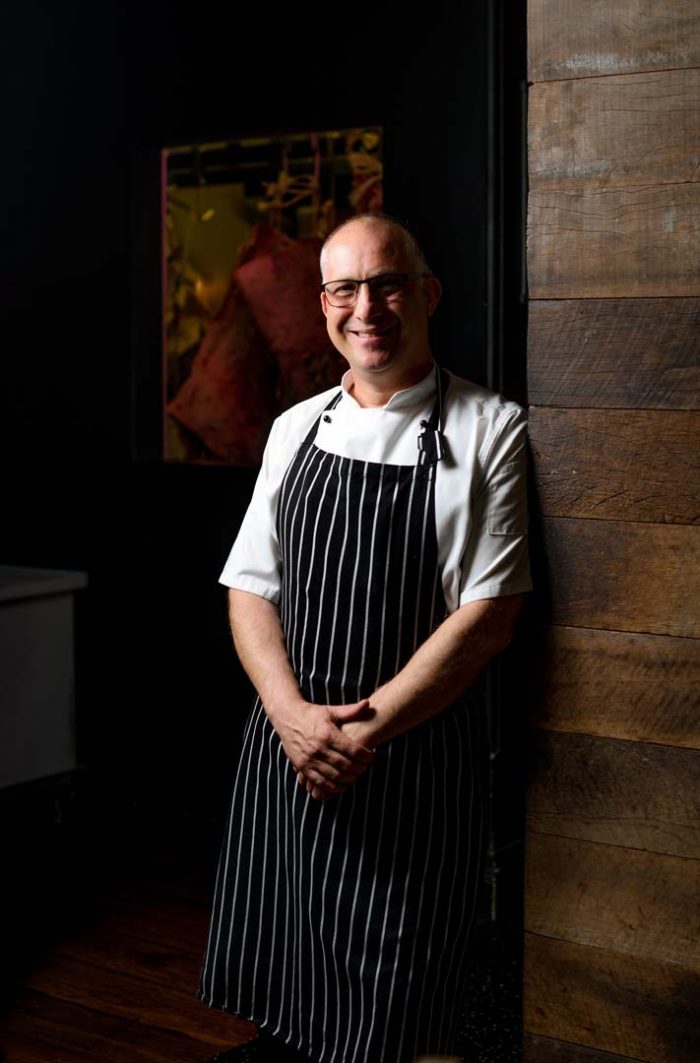 Brought up just outside Bath in Somerset, England in a family of doctors, Ben left school at 17 and worked in various Relais & Chateau Hotels throughout Britain, including Longueville Manor, Jersey and Hunstrete House, Somerset. He then moved to The Royal Crescent Hotel in Bath, and worked his way up to Senior Sous Chef. Looking for his next challenge, Ben left England moving to the South of France taking a role at Les Bories, Gordes en Provence, where he obtained his first Michelin star at the age of 23.

Later returning to the UK to work at Hambleton Hall, a Michelin starred restaurant in Oakham, as Senior Sous Chef. He then took his first Head Chef job in Britain at Calcot Manor, Tetbury, where they held a Michelin star already, and it was retained under Ben’s leadership.

Ben was approached to work for Sir Bernard Ashley (Laura Ashley’s widower) at Llangoed Hall in Wales. He had always wanted a Michelin star for the hotel and this was achieved within the year. While there Ben was lucky enough to be asked to cook for the G8 summit of world leaders, among many other noteworthy names; he acted as Group Executive Chef for Sir Bernard’s hotels in the USA.

In 2006, Ben made the move to Australia settling in Tamworth NSW, where he took up residency as the executive chef at Monty’s Restaurant at the Quality Hotel Powerhouse.

Ben joined The Willow Tree Inn team in 2020 as Head Chef of Graze Restaurant. Leading the kitchen of Graze and providing consultancy to our Colly Creek Pastoral Butcher Shop, Ben is continually developing new menus and butchery recipes that complement our paddock to plate model and whole-body butchery. 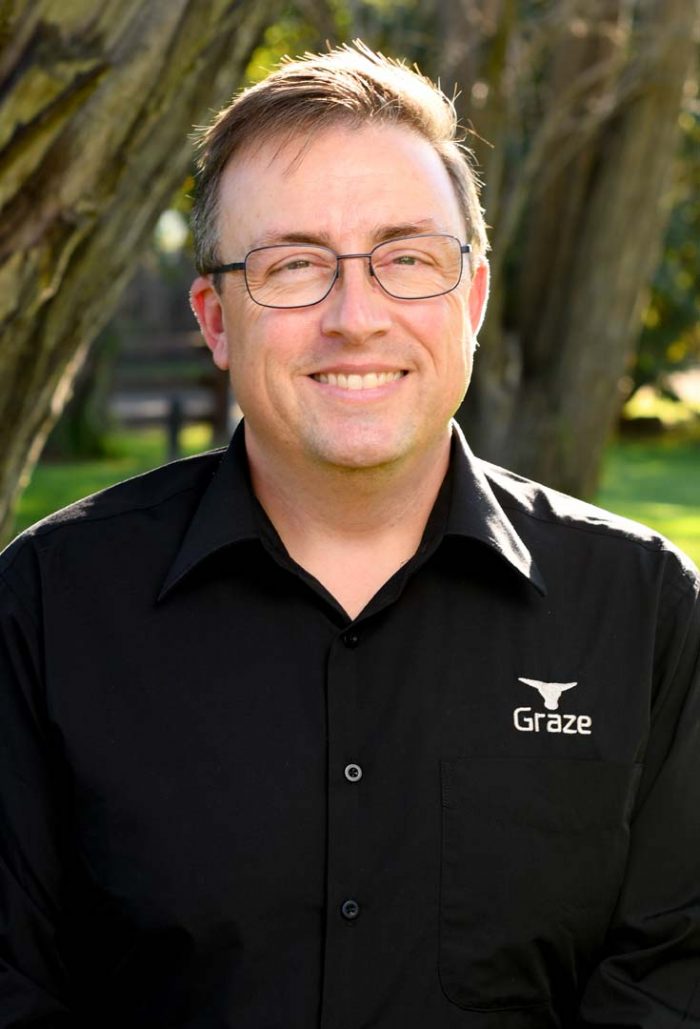 Simon joined our team in October 2020 as Hotel Manager, relocating to the area from NSW Southern Highlands.

Prior to working in hospitality, Simon represented some of Australia’s best known musicians as well as touring extensively throughout Australia and overseas. Simon decided it was time to settle down and consolidate his years of management experience in hospitality and events, combining this with his love of great food, wine and good times. 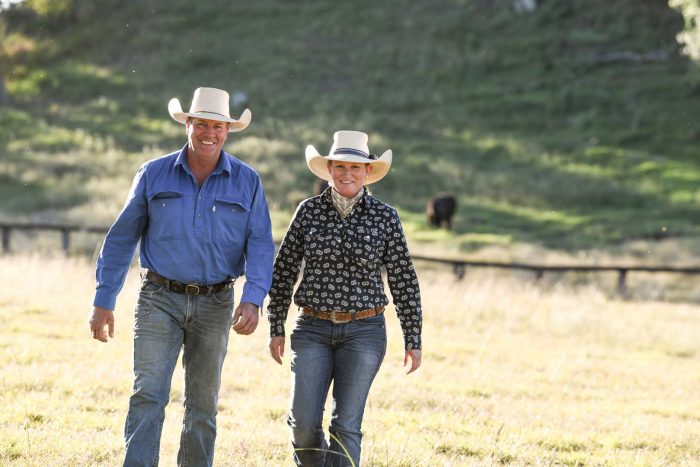 Joining Colly Creek Pastoral Company in January 2021, Nick and Leonie are passionate about breeding top quality Angus cattle. Both Nick and Leonie come from strong family-based Stud Cattle backgrounds which firmly established their love of beef cattle and the land.

After many years in the stud cattle industry, with a firm focus on breeding quiet cattle of a high standard and attaining an excellent performance record, they decided to put their extensive knowledge and experience into the management of a large commercial based Angus enterprise based in the North West of NSW.

They have a meticulous manner in looking after the land and a focus on pasture improvement and water infrastructure to ensure stock have the best opportunity to perform to their highest ability. Paramount to this is Nick and Leonie’s dedication to low stress stock handling by utilising their love of stock horses and working dogs to undertake all stockwork.

The move to Colly Creek with their two children has enabled them to pursue their love of the land and beef cattle by continuing to breed high quality Angus cattle with the added advantage to see them perform from paddock to plate. 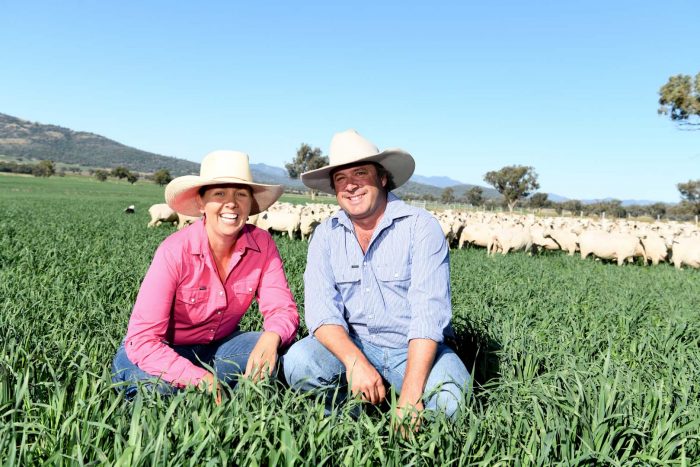 Andrew originally from the Southern Highlands and Cassie from Broken Hill both pursued careers in agriculture from a young age and have gained extensive experience in managing mixed farming enterprises across NSW.

After starting a family they decided it was time to return to the Liverpool Plains District, an area they both previously enjoyed and wanted to settle to raise their four young boys.

The Sutherlands joined our company in August 2020 when we purchased a 3000-acre property in Quirindi. Andrew and Cassie have a particular passion for breeding a strong line of sheep that produce consistent quality prime lamb.

Running three separate joining’s per year, fodder cropping, hay production and pasture development is closely planned and managed by Andrew. With animal welfare paramount to the operation, Cassie’s prior experience in Equine Nursing is invaluable. All stockwork is undertaken with stock horses and working dogs to ensure low stress handling.

As Managers of Castle Mountain Pastoral Company, Andrew and Cassie are responsible for delivering the highest quality lamb year-round for Graze Restaurant and our Butcher Shop.

The Graze menu changes with the season, showcasing only the freshest locally sourced ingredients.

The Graze Bistro is family-friendly and doubles as the perfect setting for weddings, private events and corporate functions. The large room features an open fireplace and three 100 year old Ironbark timber beams.